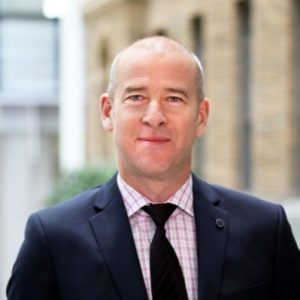 The birth of the robotic factory can be traced back to 1962. This is when American engineer, George Charles Devol, Jr. brought the world’s first industrial robot to life. With the idea generated just eight years earlier, the 1961 establishment of Unimation Inc. goes to show that with tremendous human spirit, nothing is impossible.

Fast forward to 2022 and manufacturing automation is part and parcel of the modern-day commercial and industrial landscape. Today, it’s estimated that there are more than three million industrial robots operating in factories around the world. Of this figure, Canada has 176 robots installed per 10,000 employees [1].

In the era of Amazon.com and unprecedented mass consumption, there is a greater responsibility for each robotic factory to protect and safeguard their manufacturing abilities. After all, any power outages and interruptions can cause production stoppage, machinery damage, financial loss, and other highly damaging impacts.

CAN A ROBOTIC FACTORY BE CONSIDERED A NEW CONCEPT?

When walking around a robotic factory, we’d forgive you for thinking the entire concept is a modern one. But just as George Charles Devol Jr.’s 1954 idea proved, human populations have long been fixated on producing more goods in the most efficient, timely and cost-effective manner.

In markets both old and new, manufacturers have long been considering factory automation. The goal has been to meet increased demand while overcoming their competitors. This trend has only accelerated over time, so much so that customers have come to expect frictionless convenience every time they want to purchase goods.

Today, customers want to receive products delivered to the exact specifications advertised, and quickly. As a result, longstanding manufacturers have experienced the harsh reality of having to embrace automated production or risk being left behind. Updating workflow has been daunting for many manufacturers, especially since they’ve been used to producing goods the same familiar way for such a long period of time.

As Albert Einstein famously quoted: “Insanity is doing the same thing over and over and expecting different results.” It’s true of manufacturing facilities too. Any reluctance to switch from traditional processes to a robotic factory is ill-advised. It means missing out on better products, greater consistency, and faster turnaround times.

Besides these important benefits, manufacturing automation also decreases waste and improves productivity too. Better for planet Earth, the corporate world is constantly becoming more environmentally conscious. Going green is no longer a voluntary choice but a fundamental necessity.

WE NEED TO TALK ABOUT… LABOUR SHORTAGES

Think of global mass consumption as the Road Runner from Looney Tunes. Then manufacturing automation as Wile E. Coyote. Factory automation is always hot on the heels of consumer habits. However, something detrimental is also happening in the background – an emerging labour gap.

In other words, workforces from different economies aren’t always adequately trained to operate new and complex machinery. Creating a vicious cycle, this labour gap is forcing manufacturers into even more automated production. They may be creating more products but are doing so without as many trained workers.

Our partners Food and Beverage Ontario (FBO) released a summer/fall 2021 study that stated 91% of the organization’s respondents will pursue further manufacturing automation in their business in the next few years [2]. The evidence is clear. It appears the automated production line has some way to go yet before summiting.

As we’ve discussed, there is a huge reliance on keeping the sensitive equipment inside your robotic factory running smoothly.

Our Uninterruptible Power Supply in Ontario won’t only keep your facility running 24/7 but will differentiate your business from your competitors. By choosing our innovative energy solutions, you can stay in control of mission critical processes and anticipate power outages ahead of time.

That’s not all. Demand Power Group Inc. is the only provider of an on-line uninterruptible power supply with an extended battery in Ontario without any cost to you. Providing you a fixed price supply contract, you’ll receive better power quality, higher power reliability, and you’ll also save money too. Keep on satisfying modern-day customers and provide your robotic factory the best possible protection. 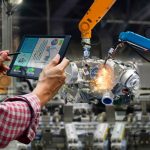 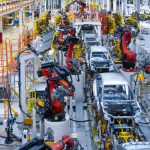 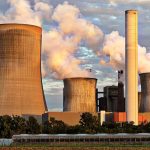